There was an article in the New York Times last week about a recent study that was done on the relationship of which part of your foot strikes the ground and how likely you are to get an injury. The debate on this question was spurred a couple years ago when barefoot running and those barely there shoes became popular. Basically, the idea is that as human evolved we were running barefoot for thousand upon thousands of years so that it most likely the best way to run. When running barefoot you are more likely to land towards the forefront of your foot which is able to better absorb the shock than if you landed first with the heel. With the creation of the highly padded running shoe a little more than a half a century ago, when running was just beginning to become “trendy” again, the foot of most runners tends to strike with the heel first. Until this study of the harvard cross-country team there has not been any strong evidence that would suggest that you were less likely to get injured no matter where you foot struck the ground.

The conclusions of the study were that the runners who struck with the heel most of the time (no one does one or the other 100% of the time) were twice as likely to get injured than the forefoot runners. However, all of the runners in the study wore shoes, some lightweight, others cushioned, and there was no correlation to the type of shoe and the number of injuries.

Adam I. Daoud, a graduate student in the Skeletal Biology Laboratory at Harvard and the lab’s director, Daniel Lieberman conducted this study by filming the cross-country runners and looking at the teams database of all of their logged mileage and injury diaries. But Mr. Daoud, who is a long distance runner himself, was the first to admit that changing your stride too quickly can also lead to injury. He broke a metatarsal during a marathon after he swiftly changed his form from heel striking to landing on the ball of the foot. He suggests that if you want to adjust your form do so slowly by first just focusing on landing on the ball of your foot during the last five minutes of a run and monitoring whether you feel any additional soreness or pain. They also suggest that if you are not getting injured as a heel-striker there should be no reason to change your form.

The commonness of injuries in runners is shockingly high in general. Myself, I enjoy a good run every once in a while but it has never been my exercise method of choice. As much as I would enjoy running outside, concrete is the worst possible surface to run on as the material has no give whatsoever. If I do run, I prefer a treadmill or a track if it’s available. I’m curious to see if I strike more with my heel or the ball of my foot. Maybe it’s time to pull out my running shoes again…

Read about the history of the athletic shoe! 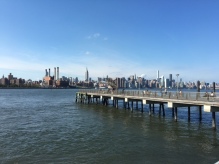 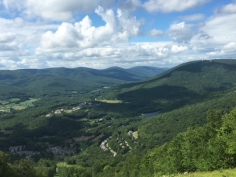