“You end up exhausted and spent, but later, in retrospect, you realize what it all was for. The parts fall into place, and you can see the whole picture and finally understand the role each individual part plays. The dawn comes, the sky grows light, and the colors and shapes of the roofs of houses, which you could only glimpse vaguely before, come into focus.”

I just finished another great book by Haruki Murakami, “What I Talk About When I Talk About Running”. Hours after I finished the last chapter I’d already handed the book to a coworker to read. I highly recommend it. I might be biases towards Murakami because I am also a fan of his fiction writing, but this memoir/ running journal was a lovely read.

Not all of us train everyday to be an olympic athlete, and most of us wouldn’t want to, or wouldn’t have the motivation to do so. What I appreciated out of this book was how he related his running and training toward his work as a writer and a person in today’s society. To be a long-distance runner and participate in over 25 marathons and numerous triathletes, you can already guess that Murakami is very dedicated to running, and has some serious will power to continue even after all these years.  He found running because he felt himself gaining weight and losing energy when he started writing full time. Even though he kept a busy schedule with work, he would still find time to run for an hour almost every day. The memoir talks about some of the places where he has run, and races he’s participated in, but mostly its about the struggle to keep going. But overcoming the struggle to get moving brings immense satisfaction and a sense of accomplishment.

“People sometimes sneer at those who run every day, claiming they’ll go to any length to live longer. But don’t think that’s the reason most people run. Most runners run not because they want to live longer, but because they want to live life to the fullest. If you’re going to while away the years, it’s far better to live them with clear goals and fully alive then in a fog, and I believe running helps you to do that. Exerting yourself to the fullest within your individual limits: that’s the essence of running, and a metaphor for life — and for me, for writing as whole. I believe many runners would agree.”

It doesn’t get any easier, even after running for 25 years apparently. But his notes, looking back on that roller coaster, the thoughts and inspirations that have come to him over time are emotional and heart warming. Running can be a little bit like meditation, once you find that groove, your body takes over and your mind quiets down.

“All I do is keep on running in my own cozy, homemade void, my own nostalgic silence. And this is a pretty wonderful thing. No matter what anybody else says.”

Murakami admits that he sometimes prefers to be by himself, he talks about not having the most likable disposition, so training long hours alone suited him. I think everyone needs to be alone once in a while though (to take a moment of reflection, to clear the brain) and working out no matter what you are doing, can be a great time to give yourself that opportunity. Otherwise why are you doing it? One of Murakami’s mantras while running is “Pain is inevitable. Suffering is optional.”

One of the chapters that resonated the most to me was him talking about getting older and how he never really imagined himself getting older. He remembered Mick Jagger once saying “I’d rather be dead than singing ‘Satisfaction’ when I’m forty five”.  But who can laugh at Mick Jagger, who was still singing Satisfaction into his sixties? We all think we are going to be young forever, when we are young. This is all our first times growing older, he says, and so these feelings are new, and we don’t always know how to deal with them. I think everyone no matter how old they are can relate to that.

I think most people are competitive in nature, but not everyone chooses to be competitive all the time. In one section Murakami talks about the nature of running and how if the only reason to participate in a race was to beat a particular person, we wouldn’t have any motivation when that person didn’t show up to the race. Running has to be motivated from somewhere in yourself. I think that can be true to most competitive sports, but running in particular.

“For me, running is both exercise and a metaphor. Running day after day, piling up the races, bit by bit I raise the bar, and by clearing each level I elevate myself. At least that’s why I’ve put in the effort day after day: to raise my own level. I’m no great runner, by any means. I’m at an ordinary – or perhaps more like mediocre – level. But that’s not the point. The point is whether or not I improved over yesterday. In long-distance running the only opponent you have to beat is yourself, the way you used to be.”

So whether or not you are interested in running, or writing, I would recommend reading this book. It gives inspiration to those of us who struggle to get up early in the morning to work out- or train for a particular goal, but it also gives the reader insight into some observations on life and people in general.

“Has the dark shadow really disappeared?
Or is it inside me, concealed, waiting for its chance to reappear?
Like a clever thief hidden inside a house, breathing quietly, waiting until everyone’s asleep. I have looked deep inside myself, trying to detect something that might be there. But just as our consciousness is a maze, so too is our body. Everywhere you turn there’s darkness, and a blind spot. Everywhere you find silent hints, everywhere a surprise is waiting for you.”

There was an article in the New York Times last week about a recent study that was done on the relationship of which part of your foot strikes the ground and how likely you are to get an injury. The debate on this question was spurred a couple years ago when barefoot running and those barely there shoes became popular. Basically, the idea is that as human evolved we were running barefoot for thousand upon thousands of years so that it most likely the best way to run. When running barefoot you are more likely to land towards the forefront of your foot which is able to better absorb the shock than if you landed first with the heel. With the creation of the highly padded running shoe a little more than a half a century ago, when running was just beginning to become “trendy” again, the foot of most runners tends to strike with the heel first. Until this study of the harvard cross-country team there has not been any strong evidence that would suggest that you were less likely to get injured no matter where you foot struck the ground.

The conclusions of the study were that the runners who struck with the heel most of the time (no one does one or the other 100% of the time) were twice as likely to get injured than the forefoot runners. However, all of the runners in the study wore shoes, some lightweight, others cushioned, and there was no correlation to the type of shoe and the number of injuries.

Adam I. Daoud, a graduate student in the Skeletal Biology Laboratory at Harvard and the lab’s director, Daniel Lieberman conducted this study by filming the cross-country runners and looking at the teams database of all of their logged mileage and injury diaries. But Mr. Daoud, who is a long distance runner himself, was the first to admit that changing your stride too quickly can also lead to injury. He broke a metatarsal during a marathon after he swiftly changed his form from heel striking to landing on the ball of the foot. He suggests that if you want to adjust your form do so slowly by first just focusing on landing on the ball of your foot during the last five minutes of a run and monitoring whether you feel any additional soreness or pain. They also suggest that if you are not getting injured as a heel-striker there should be no reason to change your form.

The commonness of injuries in runners is shockingly high in general. Myself, I enjoy a good run every once in a while but it has never been my exercise method of choice. As much as I would enjoy running outside, concrete is the worst possible surface to run on as the material has no give whatsoever. If I do run, I prefer a treadmill or a track if it’s available. I’m curious to see if I strike more with my heel or the ball of my foot. Maybe it’s time to pull out my running shoes again…

Read about the history of the athletic shoe! 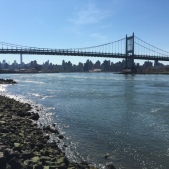